Behind the dazzling designs and sparkling stones, there are talented hands and a mastermind. The success story of Dima is as magical as her handcrafted jewelry pieces. 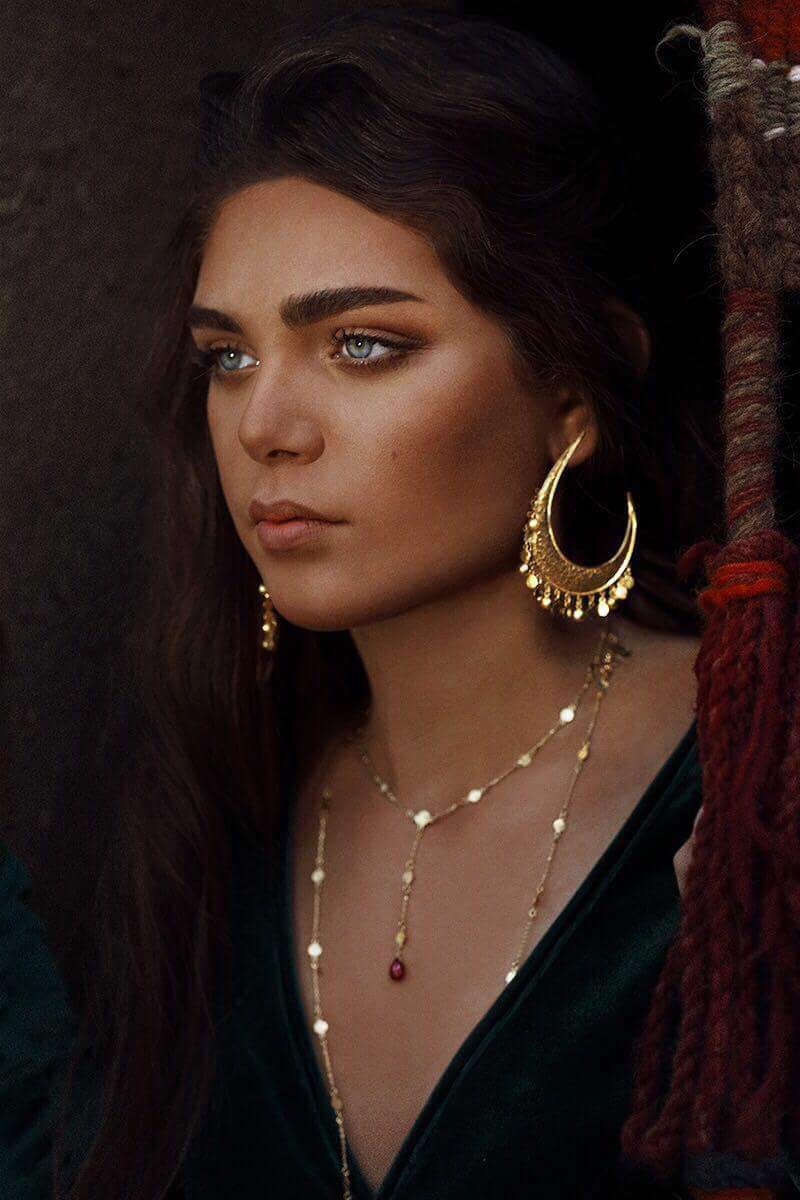 It all started 16 years ago by mere chance when a good friend of hers was hospitalized for a long time and she wanted to help her kill time. Dima was going to London and decided to get her friend some stones to keep her busy with some beading work. When she stepped in the bead store, there was a jewelry making workshop so she stayed to attend it. One workshop following the other, she was so in the moment that she lost track of time. Hours passed and she was still there. That’s when she realized how much she loved jewelry making. She always used to redesign the jewelry gifts she received when she was younger, but it never crossed her mind that she could develop that hobby into a career.
She bought CDs, books, and wires to learn and practice. She undid and redid all her jewelry when she was back home. She started making her own jewelry pieces and people started to like them. One thing led to another and she did her first open day to sell her jewelry. She hated the selling experience and decided to never repeat this again and that she will keep jewelry making to herself. 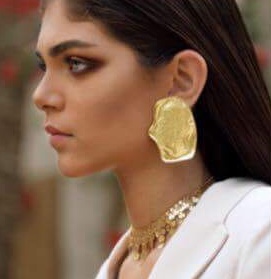 Days passed and she traveled to Paris. It was Easter. One day, she was sitting in her hotel when a lady came over to express her admiration of Dima’s earrings. When the woman knew that Dima is the designer, she wanted to see the rest of her work. She visited her room the next day at 7 am and asked Dima about where does she showcase her jewelry. The woman handled Dima her card and left. ‘I looked at the card to discover that she is the chief editor of Harper’s Bazaar magazine. I looked at the card in disbelief. Can we go back in time? I am not a morning person at all, and I have only slept for two hours. So naturally, I wasn’t really nice. I haven’t even offered her a glass of water”, said Dima. Luckily they got in touch later. And the lady put Dima in contact with significant people from Harvey Nichols in London. This was the start of how Dima got to exhibit her work in top notch department stores. ‘I approached the Jewelry Editor of Vogue magazine. At first she thought I was crazy, I told her I had to meet her the second day. She replied saying that it doesn’t work that way. I tried to convince her. Somehow, I managed to meet her. We kept talking in her office. Meanwhile, the fashion director was working on the cover of the new edition in a room nearby. The team came to us, they were in love with the jewelry. They asked me if I sell, I told them to take whatever they want. Later they called saying that Gisele wanted to buy a pair of earrings and that I made it on the cover. I couldn’t believe it. I was truly blessed during those first years, without God, it would have never happened’, added Dima. 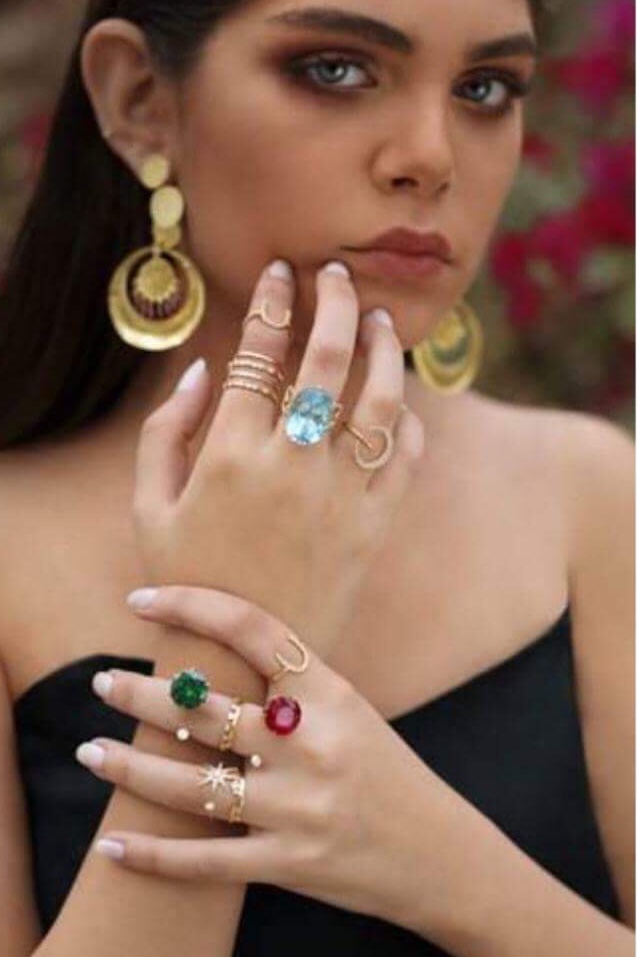 Luck on its own can be the spark, but passion, talent and having an eye for details are the qualities what made Dima rise. She grew in a house that appreciated stones. She could identify a good quality stone, long before she started her jewelry business. Therefore, she has to choose every single stone herself. If she didn’t have enough passion for it, she wouldn’t have been able to continue, given the enormous stress she goes through. ‘I am always scared of not doing my very best’, she explained.
With the very long working hours, balancing between work and family is a real challenge. ‘I am not good in balancing. I return home very late and end up with only two hours to spend with my family. Some days I work till 3 am’, added Dima.

View all posts by thekangaroomamas