The word ‘Montessori’ has been recently associated with wood toys and free play while many people don’t grasp the true essence of the Montessori system.  While the emergence of the science of ‘Psychology’ is associated with Sigmund Freud who based most of his studies on people with mental illnesses, Maria Montessori was simultaneously studying how childhood can help bring up healthy individuals. In fact, Freud once told Montessori, “If everyone had your schools, they wouldn’t need me!”.

In order to learn more about how The Montessori method shows enormous respect to the child, Danya Habib, The certified Montessori practitioner will explain to us the essence of the Montessori Method.

Some people consider children a white sheet on which you write the script you want while the Montessori system works on unfolding the script that already comes with each child. And that’s the main difference between conventional education and the Montessori methods?

The main difference between The Montessori Method and conventional education is that in the Montessori method you are fostering independence by following the child. This philosophy is regarded as an aid to life. You view yourself as a guide not a teacher. Your role is to support the child’s human tendency and their independence.

On the other hand, in conventional education, children are spoon fed information and are not given the opportunity to learn by themselves.

What does it really mean to develop a child’s potential?

You work on fostering independence through allowing freedom within limits. We believe that children have inner self discipline, it is a part of their natural path of development. It is crucial to offer a prepared environment that encourages the child to flourish, through allowing free movement, free maneuver and giving a chance for hand-and-mind stimulation. There shouldn’t be any obstacles or hazards that can hinder their exploration and development. The environment, whether in nurseries or at home should always be prepared to encourage exploration and learning.

Freedom of stimulation also includes the social aspect, the emotional aspect and the hand-and-mind connection. Socially accepted behaviors are taught to children through a practice called ‘Grace and Courtesy’, where the teachers model a certain behavior, then children take turns to repeat it to learn how to behave in certain situations.

Another way of developing a child’s potential is to let children experience and get familiar with the things that they would use in the future. So when it’s meal time, a child is offered breakable tableware and metal cutlery then is taught how to use them. Just it’s important to make sure that the size of the utensils or glasses are small enough to be easily used by the child’s hands. Children are taught to peel and cut fruits by metal knives that are especially made to be less sharp and not harm the child. If a child breaks a glass, the child is taken slightly away to ensure his safety and the teacher would explain to him that for the time being they don’t have a replacement, without any blame or judgement. Therefore the child gets a chance to learn from consequences and appreciates the value of things. 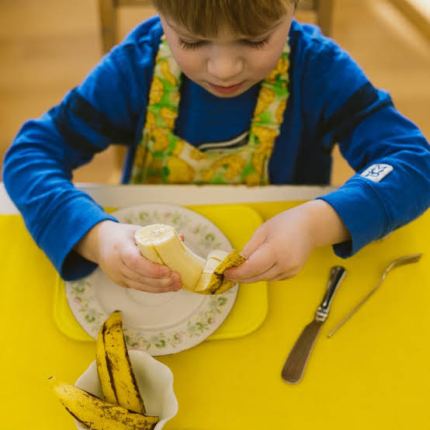 It’s important to give children all the time they need to practice and learn. They shouldn’t be rushed because they learn from repetition. Never interrupt their concentration as this hinders the learning process.

Rewards charts and naughty corners have been very popular when it comes to raising kids. How does the Montessori system deal with reward and punishment and why? 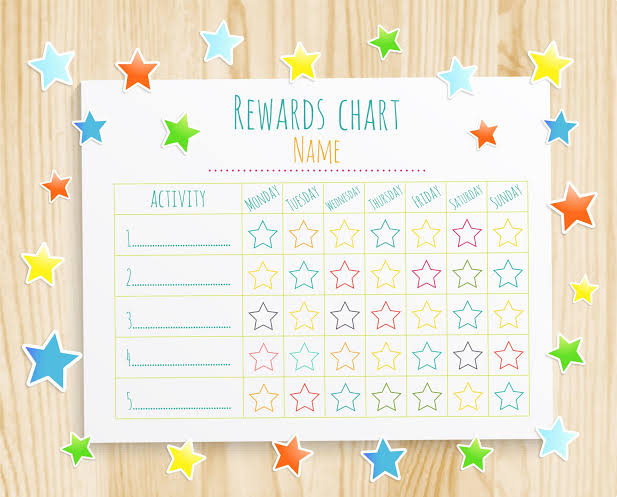 Also punishment is against the core of The Montessori Method. When a child misbehaves, the adult will go down to reach the eye level of the child and discuss what happened with the child. We never isolate the child, and it’s important if they offended someone to make them think about how the other person feels. It’s helpful to allow the child to find solutions. The adult should try as much as possible to positively communicate with the child and it’s always better to start with a question like ‘how do you think your friend is feeling? Would you be happy if something like this happened to you.’ Yet, do not expect children below age four or four and a half to have much control over their emotions. And don’t expect them to share. They are not ready yet. At this age they are egocentric and they mainly react to sensory stimulation. But we should keep showing them how to react in different situations. Learning is a process and they have the urge to learn.

The most common reaction when a child misbehaves is the instant pressure to ‘Say Sorry’. The Montessori method has a different approach. What is it and why?

We don’t force anything. And forcing a child to say sorry without really feeling it, doesn’t teach the child anything positive. Children learn through modeling, so the adults should be very keen to model positive examples by always saying please and thank you and apologizing when they do something wrong. When we expect a child to apologize, we should provide an explanation and make them think of how other people feel.

View all posts by thekangaroomamas